Known as "the Evil One", Chema Alonso is one of the leaders in computer security and hacking worldwide.

Chema Alonso is currently CDO (Chief Digital Officer) at Telefónica, and is responsible for Innovation, Data, Platforms, Products and Digital Services. He was previously CDCO (Chief Digital Consumer Officer) and CDO (Chief Data Officer) where he was responsible for the launch of LUCA, Aura, 4P, Movistar Home & Living Apps. He had previously been the founder and CEO of ElevenPaths, a subsidiary company of Telefónica focused on cybersecurity.

He has been awarded Most Valuable Professional in Enterprise Security by Microsoft for 8 years.

He also founded, worked and directed Informática 64 for 14 years, a company focused on Information Security and training. From his work at Informática 64, popular computer security tools such as FOCA, MetaShield Protector or the recent Forensic FOCA have emerged, and from which publications on hacking techniques such as Time-Based Blind SQL Injection, (Blind) LDAP Injection or Connection String Parameter Pollution.

Chema Alonso travels the world participating in internationally renowned security conferences such as Defcon, BlackHat, ShmooCON, HackCON, SEC-T, DeepSEC, RootedCON, NoConName, Ekoparty, Yahoo! Security Week, Digital Crime Consortium, FIRST, ToorCON, etc… where he has given more than 100 conferences around the world. He has been invited by Yahoo! for the days of Security in San Francisco.

Famous for his striped hat, Chema Alonso has published more than 50 articles in academic conferences and technical journals, always on computer security, and is the co-author of several books on Computer Security. He writes his blog “A computer scientist on the side of evil” every day, touching on current affairs, hacking and security for 7 years.

Add to favorites
Do you want to book Chema Alonso as speaker? Go 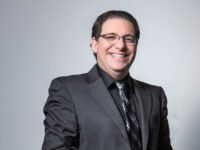 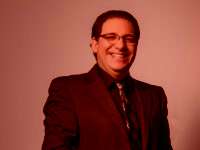 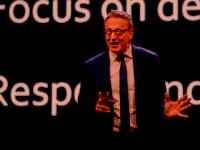