Edward C. Prescott is an american economist, who, with Finn E. Kydland, won the Nobel Prize for Economics in 2004 for contributions to two areas of dynamic macroeconomics: the time consistency of economic policy and the driving forces behind business cycle fluctuations.

Edward C. Prescott and Kydland, working separately and together, influenced the monetary and fiscal policies of governments and laid the basis for the increased independence of many central banks, notably those in Sweden, New Zealand, and the United Kingdom. In their seminal article “Rules Rather than Discretion: The Inconsistency of Optimal Plans” (1977), they demonstrated how a declared commitment to a low inflation rate by policy makers might create expectations of low inflation and unemployment rates. If this monetary policy is then changed and interest rates are reduced—for example, to give a short-term boost to employment—the policy makers’ (and thus the government’s) credibility will be lost and conditions worsened by the “discretionary” policy. In “Time to Build and Aggregate Fluctuations” (1982), the two economists established the microeconomic foundation for business cycle analyses, demonstrating that technology changes or supply shocks, such as oil price hikes, could be reflected in investment and relative price movements and thereby create short-term fluctuations around the long-term economic growth path.

In addition to winning the Nobel Prize, Edward C. Prescott was a fellow of the Brookings Institution, the Guggenheim Foundation, the Econometric Society, and the American Academy of Arts and Sciences. He was an editor of several journals, including the International Economic Review (1980–90), and his extensive writings covered such wide-ranging topics as business cycles, economic development, general equilibrium theory, and finance.

Add to favorites
Do you want to book Edward C. Prescott as speaker? Go 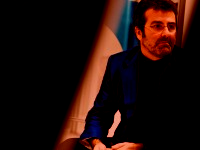 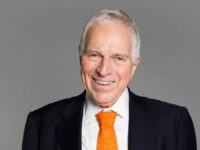