Henrique Cymerman is a Portuguese journalist who works as a Middle East correspondent for Antena 3 and La Vanguardia. Henrique also acts as correspondent for the Portuguese channel SIC and has made several appearances for the BBC and television in Israel and Palestine.

Henrique Cymerman is an award-winning journalist and university lecturer who works in 5 languages (hebrew, spanish, portuguese, french and english) and has covered current affairs in the Middle East for 25 odd years.

He established relationships of trust with those heading the chief regional political processes in Israel, the Middle East and extended Arab world.  Born and raised in Portugal went to Israel when he was 16.

His level of analysis is unparalleled and on occasions allows him to serve as a unique bridge between the nations involved in the Middle East and Arab – Israeli conflict.

Henrique also plays a role in Judeo-Christian relationships being one of the two closest Jews to the Pope.

His book “Voices from the center of the World” including interviews with key personages in the region, such as Yasser Arafat, Yitzhak Rabin (last interview alive), Shimon Peres, Ahmed Yassin and Omar Bin Laden, as well as Mahmoud Abbas, was translated into 6 languages and distributed worldwide.

Pope Francis named him his “Angel of Peace” in enabling His Holiness’ Pilgrimage to Middle East, and assisting in the Prayer for Peace event which took place in the Vatican last June.

He also wrote the book “Francis, From Rome to Jerusalem”, depicting the behind the scenes of the Papal visit last May.

Add to favorites
Do you want to book Henrique Cymerman as speaker? Go 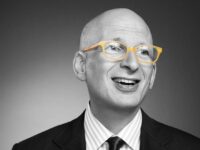