Former President of the Commercial Spaceflight Federation, Michael Lopez-Alegria has been involved in four space missions and has been a NASA astronaut and holder of three records: the longest space flight (215 days), the greatest number of spacewalks and the largest cumulative EVA time (67 hours and 40 minutes).

Lopez-Alegria was born in Madrid and considers both Spain and California his home. He received his degree in Science of Systems Engineering from the U.S. Naval Academy and obtained a Masters of Science in Aeronautical Engineering from the Naval Postgraduate School. He is also a graduate of the National Security and International Senior Executive Program at the Kennedy School of Government and speaks French, English, Spanish and Russian.

During his career, Lopez-Alegria has actively participated in the construction of the International Space Station (ISS), made three space shuttle missions, the first, the STS-73 in 1995 that focused on scientific experiments. Later, he was Director of Operations at NASA’s Cosmonaut Training Center in Star City Yuri Gagarin (Russia), where he was in charge of training U.S. astronauts for flights to the International Space Station. In 2000, Lopez-Alegria flew on STS-92 and in 2002 on STS-113, working on the delivery of the essential elements of the ISS structure.

In 2006 he was appointed commander of the International Space Station and made his fourth and last mission (Expedition 14), the longest ever by any American. The Lopez-Alegria crew was seven months operating, constructing and using the station and its research facilities. Since April 2007, he has been Director of Operations of the flight crew at NASA’s Johnson Space Center (Houston).

After the launch of Soyuz TMA-9 from Baikonur Cosmodrome, Kazakhstan, and rendezvous, approach and docking with the ISS 2 days later, the three-member international crew conducted a 7-month mission to operate, maintain, build and utilize the station and its science facilities. Highlights included the arrival and departure of two unmanned Progress-M cargo vehicles, an 8-day joint mission with the STS-116 crew aboard the visiting space shuttle Discovery, five spacewalks dedicated to assembly and maintenance of the station and nearly 500 hours of science operations. The mission ended with TMA-9 undocking from the ISS and landing on the Kazakh steppe.

Overall he has spent more than 257 days in space, has made 10 voyages lasting 67 hours and 40 minutes and is second in the record books, following the Russian cosmonaut Anatoly Soloyev.

From 2012 to 2014, Michael Lopez-Alegria was President of the Commercial Spaceflight Federation, an organization that promotes leadership in aerospace commercial space flight fostering technological innovation and encouraging young people to study science and engineering careers.

Add to favorites
Do you want to book Michael López-Alegría as speaker? Go 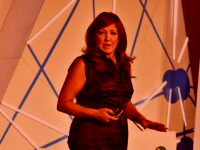 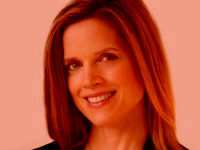