Dr. Michio Kaku taught for 25 years at the City College of New York. He also serves as Henry Sermat Chair along with his professorship. He is also a visiting professor at the Institute for advanced study at Princeton and New York University (NYU).

Dr. Michio Kaku carries on Einstein’s search for “Theory of Everything” that unifies the four fundamental forces of the universe-the strong force, the weak force, gravity and electromagnetism. He published many books. “Hyper Space”-1994, “Beyond Einstein”-1995,”Einstein’s cosmos”-2005, “Parallel Worlds”-2006. His new book is “Physics of impossible” -scientific exploration of the world of phasers, force fields, teleportation and time travel.

Dr.Michio Kaku expressed his concern regarding issues of nuclear armament, global warming, nuclear power and the misuse of science. He supports the exploration of outer space. He also has concerns over space debris.

Dr. Michio Kaku appeared in various media and T.V programs. He is popular with the mainstream due to his knowledge and his presentation of complex matters in simple terms. He appeared in BBC – four part series-“Time” during 2006. He hosted Discovery channel series, “2057”- during 2008. He discussed in a 3 hour program how city, medicine and energy could change over the next five decades. During December 2009, he launched a 12 episodes- weekly series based o his book . The show is called “Sci-fi Science” which explores force fields, time travel, parallel universe, warp drive.

Using the cutting edge research of today’s foremost scientists, Michio Kaku explores the science of tomorrow: computers, artificial intelligence, reshaping our genetic inheritance. He explains how science is opening entirely new avenues for society and organizations at large. A mesmerizing and humorous speaker he conveys a contagious sense of the wonders of science.

Michio Kaku delivers a clear message of tomorrow’s world propelling you into the future, which provides you with valuable advice on preparing for change.

Currently Dr. Michio Kaku he is also the Henry Semat Professor of Theoretical Physics at the Graduate Centre of the City University of New York. His technical books are required reading for scores of Ph.D. graduate students in major physics laboratories around the world.

Add to favorites
Do you want to book Michio Kaku as speaker? Go

Physicists are made of atoms. A physicist is an attempt by an atom to understand itself 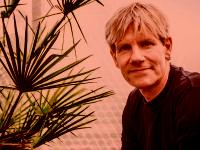