Rebeca Hwang is co-founder Rivet Ventures, which invests in companies in women-led markets where female usage, decision-making, and purchasing are crucial to company growth. Rebeca is also Co-founder and Chairman of the Board of the San Francisco-based startup, YouNoodle, which focuses on helping companies and governments engage with communities of entrepreneurs for open innovation and co-creation of products and services. She also co-founded Kalei Ventures, a venture fund focused in Latin American startups.

Currently, YouNoodle’s technology platform helps power entrepreneurship initiatives by the governments of Chile, Peru, Denmark and companies of the stature of Verizon, Genentech, Cisco and Twitter. In 2014 alone, YouNoodle helped thousands of founders secure more than $22 million in cash grants and prizes from corporations, universities and government.

With a background in Chemical and Civil & Environmental Engineering, her work has garnered three U.S. patents, and since then she has added 17 pending patent applications to her portfolio. Many of her early projects, which focused on clean water initiatives, received numerous accolades. She co-founded the Cleantech Open (CTO), now the largest cleantech competition in the U.S. Rebeca was also the lead organizer of Stanford’s BASES Social E-Challenge Competition for four years; she now serves as a board member of BASES and is a member of the Global Board of Advisors to Kauffman’s Global Entrepreneurship Week (GEW). Additionally, she is a member of the mentorship team that advises the top Israeli startups selected by the UpWest Labs incubation program.

Rebeca Hwang also serves on the Board of Advisors of The S Factory, Chile’s newest accelerator for female entrepreneurs. As the co-founder of Startup Nations Summit, Rebeca advises the Startup Nation programs in Peru, Korea and Menorca. Rebeca Hwang is an international speaker, a lecturer on “Technology Entrepreneurship” and the “Entrepreneurial Thoughts Leaders Program” at Stanford University, and a professor for Tecnologico de Monterrey. She has been invited to keynote all over the world in countries including: Argentina, Brazil, Chile, Colombia, Costa Rica, Denmark, Egypt, Iceland, India, Ireland, Malaysia, Mexico, Norway, Portugal, Puerto Rico, Singapore, Spain, South Africa and Turkey. Rebeca Hwang has been awarded the 35 under 35 Innovators Award by MIT Technology Review in 2013 and is a World Economic Forum Young Global Leader in 2012.

Rebeca Hwang received both her undergraduate and graduate degrees from MIT in Chemical and Environmental Engineering and doctoral on Social Network Theory at Stanford University.

Add to favorites
Do you want to book Rebeca Hwang as speaker? Go 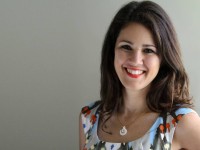 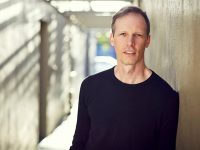