Rodrigo Arboleda has 40 years of experience in top executive positions in the private sector.  Prior to forming the business development firm, The Globis Group LLC with his partner, former US Ambassador V. Manuel Rocha, Mr. Arboleda was the Executive VP of Ogden Corporation of NY, a Fortune 100 Service multinational corporation with worldwide interests in Aviation, Energy and Entertainment.

Rodrigo Arboleda was responsible for the Business Development efforts in Latin America and Spain for almost 10 years. He lead the efforts of opening 10 bases of airport services in Latin America and in Spain, of being awarded the largest airport management privatization project in the world, 33 airports in Argentina, in consortium with Malpensa 2000 of Milan, Italy, and a local Argentinean entrepreneur. Rodrigo Arboleda directed the construction of the largest Fair and Exhibit complex in Latin America, at La Rural de Palermo, in Buenos Aires, Argentina, a joint venture with the emblematic Sociedad Rural Argentina. In addition, he was responsible for the construction of the Isla Mítica Theme Park in Seville, Spain, in a consortium with important private corporations of Spain and of municipal, regional and national government entities of that country. The project recycled some of the hard core infrastructure elements of the Expo 92 Fair grounds.

Four years ago, Rodrigo Arboleda was appointed Visiting Scholar at the world renowned Media Lab at MIT, where he has cooperated in the development of a comprehensive educational program for Third World Countries utilizing digital age technologies, called the Digital Nations project, or “Computers, Children and Developing Nations”.

Rodrigo Arboleda holds a Bachelor of Architecture degree from MIT. Before moving into the US, he practiced extensively in his native country, Colombia, where he was awarded several prizes, including the Best Project of the Year award for the State House of Pereira. He was the president of the Colombian Society of Architects in Medellín from 1974-1978. He was named an Honorary Member of the Society for his contribution to the promotion and teaching of architecture in the region.

Rodrigo Arboleda is Managing Director for Latin America in the project “One laptop per child”, working together with Nicholas Negroponte.

Add to favorites
Do you want to book Rodrigo Arboleda as speaker? Go

Regardless of future activities, children that write code are better prepared to face the challenges of creating wealth in the XXI Century, that of producing Patents, Intellectual Property.

Rodrigo Arboleda. One Laptop per Child · 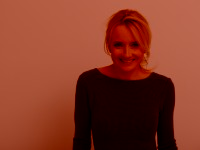 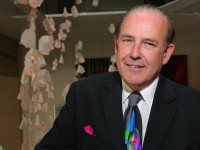