Matthias ‘mk’ Kroener has been bringing his visionary brand of thinking to financial services for 25 years. Over this time he has acquired vast insight into corporate strategy, innovation-leadership and M&A during a period of fundamental transformation in the banking industry.

His extensive practical knowledge of the regulatory environment combined with a deep understanding of technological trends such as big data, AI, blockchain, open banking and financial inclusion has enabled Matthias to build bridges between the traditional banking world and FinTech-powered digital banking platforms.

His entrepreneurial style was the driving force behind two highly disruptive financial service companies. As Founder and CEO of Fidor Bank and DAB Bank, he built both organisations from scratch, forging his reputation as a key figure in the FinTech movement. The Fidor project began in 2007 – long before the FinTech boom started – and positioned Fidor at the forefront of global FinTech development, becoming known as the “oldest FinTech bank in the world”.

Under his leadership, DAB Bank and Fidor Bank won numerous awards: Best Banking Innovation in San Francisco in 2013; the Celent Model-Bank-of-the-Year award in 2015 and 2019; and WEF´s Award for young companies in 2015 to name but a few.

Matthias was at the helm as Fidor pioneered one of the world’s first Banking-as-a-Service offerings, enabling start-ups to achieve scale and become part of the digital ecosystem. Building a bridge from innovation to regulation, he brokered the first cooperation between a regulated bank and cryptocurrency trading platforms. As well as this, Fidor enabled non-banks to offer full banking services for the first time in a collaboration with Telefonica in 2016.

Since standing down as CEO of Fidor in March 2019, Matthias has sharpened his focus on how technology can be used to build bridges between financial services and impactful projects that help to make the world a better place. Concepts such as green finance and financial inclusion have the potential to positively affect the lives of millions of people, and his mission is to democratise access to banking and self-determined finance management, using digital financial services to create meaningful, sustainable change.

Matthias Kroener acts as an advisor to regulators and central banks. He is a member of the International Technology Advisory Panel (ITAP) of the Monetary Authority of Singapore (MAS). His geographical expertise covers Europe, Asia, the Americas and the Middle East, and he is recognised as a thought leader, a multi-award-winning inspirational keynote speaker and blogger. He is a senior advisor to several companies, as well as a successful incubator; he is also an investor in several highly innovative start-up companies through his company Professional Development GmbH.

Add to favorites
Do you want to book Matthias Kroener as speaker? Go 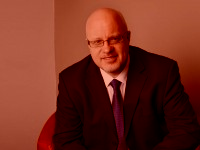