Gutsche is one of the most sought-after keynote speakers on the planet, well-regarded as the top trend-spotter in the world... the most energizing, inspiring & applicable... & I've heard. (Bill Clinton... Bill Gates... & Tony Robbins).

Jeremy Gutsche, MBA, CFA, is a New York Times bestselling author, award-winning innovation expert, “one of the most sought-after keynote speakers on the planet” (The Sun Newspaper) and the CEO of Trend Hunter — the world’s #1 trend website and innovation consultancy with over 3 Billion views and more than 10,000 innovation projects completed.

His team specializes in filtering opportunity and making change happen during times of chaos and change. In total, his team is relied on by 700 brands, billionaires, CEOs and world leaders to predict and create the future, including Google, Sony, Disney, Starbucks, Coca-Cola, IBM and Adidas. He’s even helped NASA prototype the Journey to Mars!.

Prior to Trend Hunter, Jeremy Gutsche grew a $1 billion portfolio for a bank, studied innovation at Stanford, completed an MBA from Queen’s University, and an honours degree from U of C, where he was awarded Graduate of the Decade.

In addition, Jeremy was one of Capital One’s youngest business directors and innovation leaders. Previously to Capital One, Jeremy spent several years as a management consultant at Monitor Deloitte.

Routinely sourced by the media, Jeremy’s broad appeal ranges from The Economist and CNN to WIRED and

He has been described as “a new breed of trend spotter” by The Guardian, “an eagle eye” by Global TV, an “Oracle” by the Globe and Mail, an “intellectual can of Red Bull” by Association Week, “the rockstar of keynote speakers” by Meetings Professional International and “on the forefront of cool” by MTV.

If you are looking for transformative change or next level thinking, you need one of Jeremy’s 2-7 hour innovation workshops to follow his innovation keynote, relied upon by the world’s top leadership teams. These are 100% customized based on your CEO’s needs and your collective results from Trend Hunter’s Innovation Assessments.

Add to favorites
Do you want to book Jeremy Gutsche as speaker? Go

Jeremy, is fabulous. We can't wait for him to get back here and we can't wait to work with him again. Incredible, inspiring, #1!. 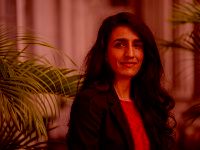