John Elkington, Co-Founder & Chief Pollinator at Volans, is one of the founders of the global sustainability movement, an experienced advisor to business, and a highly regarded keynote speaker and contributor, from conferences to advisory boards.

English
Business and Management · Innovation and Creativity · Science and Environment

John Elkington is a world authority on corporate responsibility and sustainable development. He is currently Founding Partner and Executive Chairman of Volans, a future-focused business working at the intersection of the sustainability, entrepreneurship and innovation movements.

Is one of the founders of the global sustainability movement, an experienced advisor to business, and a highly regarded keynote speaker and contributor, from conferences to advisory boards.

In 2008, The Evening Standard named John among the ‘1000 Most Influential People’ in London, describing him as “a true green business guru”, and as “an evangelist for corporate social and environmental responsibility long before it was fashionable”.

In 2009, a CSR International survey of the Top 100 CSR leaders placed John fourth: after Al Gore, Barack Obama and the late Anita Roddick of the Body Shop, and alongside Muhammad Yunus of the Grameen Bank.

To date, John Elkington has spoken at more than 1,000 major conferences and similar events. Everything from major convenings like World Economic Forum summits in Davos and Dalian, China, through to high-octane boardroom sessions and talks to universities, business schools and village halls.

John Elkington has won numerous awards and is the author or co-author of 19 books. His latest book is Green Swans: The Coming Boom in Regenerative Capitalism (Fast Company Press, April 2020), where using case studies, real-world examples, and profiles on emergent technologies, Elkington shows how the weirdest “Ugly Ducklings” of today’s world may turn into tomorrow’s world-saving Green Swans.

His lectures are very interesting for business leaders in corporations great and small who want to help their businesses survive the coming shift in global priorities over the next decade and expand their horizons from responsibility, through resilience, and onto regeneration.

Add to favorites
Do you want to book John Elkington as speaker? Go

‘A pioneer within the sustainability movement, John Elkington continues to inspire us, shifting the spotlight from change-as-usual to breakthrough innovation’. 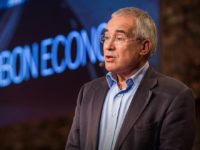 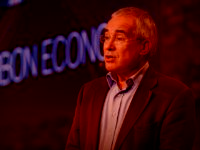