Amal Clooney is a barrister who specializes in international law and human rights. She represents clients before international courts, including the International Criminal Court, the International Court of Justice, and the European Court of Human Rights. Alongside court work, she provides advice to governments and individuals on legal issues in her areas of expertise.

Mrs. Clooney served as a senior advisor to Kofi Annan when he was the UN’s Envoy on Syria. She also served as Counsel to the UN Inquiry on the use of armed drones led by the Special Rapporteur on Counter-Terrorism and Human Rights.

She is a member of the UK’s team of experts on preventing sexual violence in conflict zones. And, she was recently appointed to the UK Attorney General’s expert panel set up to advise and represent the UK government in cases involving public international law.

Prior to joining the London Bar, Amal Clooney worked in The Hague with various UN-sponsored justice mechanisms, including the International Court of Justice, the International Criminal Tribunal for the Former Yugoslavia, and the Special Tribunal for Lebanon. She is also admitted to the New York Bar and practiced as a litigation attorney at Sullivan & Cromwell LLP in New York. She speaks English, French, and Arabic.

Amal Clooney is also a visiting professor at Columbia Law School, where she teaches human rights. The lawyer, who practices at Doughty Street Chambers in London, is married to Hollywood actor George Clooney.

Amal has done many lectures on criminal law at top universities such as the University of London. As mentioned above, she taught multiple spring semester courses about human rights to educate the younger generations.

Add to favorites
Do you want to book Amal Clooney as speaker? Go 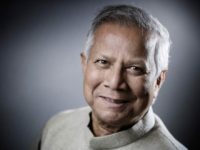