Julie Meyer is one of the leading champions for entrepreneurship in Europe. With over 20 years investment and advisory experience helping start-up businesses, she is the well known founder & CEO of Ariadne Capital, co- founder and Managing Partner of the Ariadne Capital Entrepreneurs Fund, founder of Entrepreneur Country and co-founder of First Tuesday.

American by birth and European in spirit, Julie Meyer has added a flourishing media career to her business commitments, recently joining BBC′s Online Dragon′s Den. In addition to her weekly column for London′s City A.M. and regular contributions to Business Week, Computing, FT Digital Business and Spectator Business, Julie is also a regular industry commentator on the BBC and CNBC.

Through these intertwining roles of entrepreneur, advisor, investor and industry commentator, Julie Meyer has set her mission to build a growth story for the UK and Europe. This passion and entrepreneurial flair is what has earned her awards as Ernst & Young Entrepreneur of the Year, World Economic Forum Global Leader of Tomorrow and Wall Street Journal′s Top 30 Most Influential Women in Europe.

Julie Meyer is Chief Executive of Ariadne Capital, the investment and advisory firm she founded in August 2000. Ariadne backs entrepreneurs in the media (music, broadcast, publishing, advertising, and gaming), mobile internet and communications, and internet sectors. Ariadne pioneered the model of “Entrepreneurs Backing Entrepreneurs” in 2000 in Europe as the new model of the financing of entrepreneurship. Fifty seven leading entrepreneurs have backed Julie and Ariadne Capital as Investor Members in the global partnership”.

Most recently Julie Meyer founded Entrepreneur Country. Managed by Ariadne Capital, Entrepreneur Country is a dedicated community for leading and emerging entrepreneurs, investors, the media and corporate partners who service the start-up industry across the UK and Europe. She has also joined the board of both INSEAD, her business school, where she is helping them with digital initiatives and Vestergaard Frandsen, who have a for profit humanitarian development model. And she also writes a monthly column for The Market magazine.

From 1998 to 1999, Julie Meyer was part of the team at NewMedia Investors, which became early stage investment firm Spark Ventures in October 1999. At NewMedia Investors, she led deals in key internet success stories like lastminute.com and WGSN. In 1998, she co-founded First Tuesday, the largest global network of entrepreneurs, which many credit for igniting the Internet generation in Europe. It was sold for $50million in cash and shares in July 2000.

As a personal project, Julie Meyer is also currently setting up an association for dads en daughters.

Julie Meyer was asked to be the Spokesperson in early 2010 for the Barclays “Take One Small Step” business campaign as well as the Siemens Enterprise Communications “British Business Boost”. She is on the Advisory Board of NACUE.

Add to favorites
Do you want to book Julie Meyer as speaker? Go

I think the world is becoming more femenine 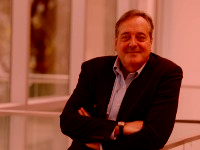 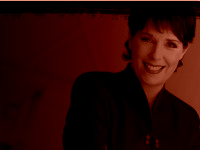