Named by TIME as one of the “100 Most Influential People in the World” and recipient of the Friedrich Hayek Lifetime Achievement Award, Dr. Dambisa Moyo is a renowned global economist who has visited over 70 countries and brings a unique perspective to the macroeconomy and international affairs.

Dambisa Moyo is a global economist and author who analyzes the macroeconomy and international affairs. Her work has taken her to more than 70 countries over the last decade, during which time she has developed a unique knowledge on the inherent conflicts facing developed economies, as well as the interaction between politics, international finance and developing markets.

In particular, her work examines the interplay of international business and the global economy, while highlighting the key opportunities for investment; capitalizing on her rare ability to translate trends in markets, technology, politics, regulatory matters and economics into their likely impact on global business.

Dambisa Moyo serves on the boards of Barclays Bank, the financial services group, SABMiller, the global brewer, Barrick Gold, the global miner, and Seagate Technology. She was an economist at Goldman Sachs and a consultant to the World Bank in Washington, D.C. She is the author of the New York Times bestsellers Dead Aid: Why Aid is Not Working and How There is a Better Way for Africaand How the West Was Lost: Fifty Years of Economic Folly and the Stark Choices Ahead. Her third book was Winner Take All: China’s Race for Resources and What it Means for the World.

Dambisa Moyo is a contributing editor to CNBC, the business and finance news network. Her writing regularly appears in economic and finance-related publications such as the Financial Times and the Wall Street Journal. She completed a Doctor of Philosophy degree in economics at Oxford University and holds a master’s degree from Harvard University. She completed an undergraduate degree in chemistry and a Master of Business Administration degree in finance at American University in Washington, D.C.

She is an avid tennis fan and has run numerous half marathons and marathons.

Add to favorites
Do you want to book Dambisa Moyo as speaker? Go 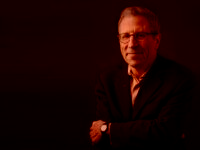