Mauricio Macri, was President of Argentina from 2015 to December 2019,he is internationally recognized as a defender of democracy and human rights in Latin America. During his tenure as President Pro Tempore of Mercosur, he managed to close with the European Union one of the most important agreements on development, growth and employment for the region, starting a new era in relations between the EU and Latin America.

His first challenge and priority as President was to integrate Argentina into the World and recover international credit. Its mandate was characterized by an ambitious agenda of Public Infrastructures, the fight against corruption and drug trafficking and a clear commitment with transparency in Public Administration.

Previously, he was the Mayor of the Autonomous City of Buenos Aires for two periods (from 2007 to 2015). He stood out for his successful management, characterized by the modernization of the city, the opening of new cultural spaces, new infrastructures, and the improvement of citizen security.

Macri studied in the United States at Columbia University and is a civil engineer from UCA (Argentine Catholic University). Before starting his political career, he held executive positions in various companies: Citibank, Sevel and the SOCMA Group. He was president of the Boca Juniors Athletic Club between 1995 and 2008.

Throughout his long professional career, he has also been president of «Compromiso para el Cambio» (commitment for change) and founder of the Think Tank “Fundacion Creer y Crecer”, with the mission of working on the development, design and execution of public policies in the search for solutions to the problems of the City of Buenos Aires and Argentina.

On a personal level, his life changed on August 24, 1991. He suffered a kidnapping and spent 12 days in captivity. This experience marked his life and pushed him into public service. In his own words: “I felt that if I had lived it was for something worthwhile, to help us have a better society.”

Mauricio Macri has been recognized with important distinctions among which are: the Order of the Southern Cross (granted by the President of Brazil to foreign personalities) and the Necklace of the Order of Isabel la Católica, among many others.

Recently he has been appointed Executive President of FIFA Foundation, with the responsibility of leading this Institution on the development of better sport and educational infrastructures around the world.

Given its extensive background and experience, it is one of the most prominent personalities of the current panorama to analyze the situation and the role of Latin America in the global situation.

Add to favorites
Do you want to book Mauricio Macri as speaker? Go 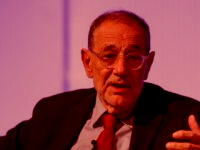