Gemma Cernuda is the founder of the first femenine Communication Agency in Spain. Entrepreneur woman, she is also the founder of one of the leading brands in the frozen food market: “La Sirena.”

As an expert in branding, Gemma has developed an innovative Brand Mapping through which she proposes new values to analyze popular brands. She is also the creator of the Decalogo +1 about marketing to women style. In a nutshell, she explains that women are generally viewed as effective communicators while employing “feminine” communication styles, but have been chastised for taking on styles normally attributed to men. Also describes methods that are exercised almost exclusively by women in negotiating and communicating style. In this talk-it-out method, the keys to success are: integrity, enthusiasm, action and understanding, plus effective communication.

She’s got a Master in Communication Management from the UB and a graduate of Columbia Business School in New York. Gemma is the first “marketing  to Women” consultant in Spain, and also the first woman to form part of a number of Spanish associations such as the Employer Spanish Cecor, The Chamber of Commerce  of Terrassa until 2010.she was also vice president of  L’Associació Empresarial de Publicitat.

Chairman of the Board of Asociadis de Inversiones SL, Gemma is a member-founder of Peix & Co, a company that creates communication strategies having into account quotes from different women authors. With this company, she has established herself in the competitive world of communications. She is also the founder and director of the “Rethinkher Conference”, the first international forum on communication and branding in Spain focused on women power of purchase.

Author of six books, like “Ellas deciden”, “Gracias” or  “En pocas palabras”, the first anthology published in Spain. In this book, Cernuda explores quotes from different women authors. Author of “24h/7d mujer” and “366 frases que toda mujer debe saber”. Gemma contributes regularly to different publications such as “control” where she writes about branding and communication. Eventually, she has a number of requests to participate in Radio and to appear on TV shows in Catalonia.

She is the author of the Blog Ellas deciden; www.ellasdeciden.com; 1st Blog Female branding in Spanish. She has also created the Decalogue Communications at +1 Female. The female is a communication-based in VALUES and the importance of communication in GREY. This has resulted in a conference that she has 4 years spreading.

As a lecturer has given more than 50 lectures in Spain, Latin America and USA.

Add to favorites
Do you want to book Gemma Cernuda Canelles as speaker? Go

“Brands are part of our self-assertiveness” 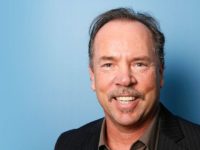