A lesson of courage, determination, leadership and teamwork.

Nando Parrado is one of the few survivors of the dramatic aeroplane crash from a cruising altitude over the Andes.  On October 13, 1972, a plane carrying a Uruguayan rugby team over the Andes lost its bearings in bad weather and crashed in the remote mountains.

The book “Alive”, by Piers Paul Read, recounts the unforgettable saga of human endurance for 74 days on a glacier at 18000 ft, without suitable clothing, training, equipment or supplies. Stranded in the freezing Andes, cold, hungry, weak and desperate, the survivors struggle against all odds to remain alive.  In their extreme hunger they are forced to consume the flesh of the corpses.  A movie was made (by Frank Marshall – 1993) with the same title, based on the book. This story shows the power of the human spirit and the strength of the will to survive.

In December 1997, Nando and a group of people returned to the Andes with equipment, clothes and supplies to try to retrace their steps.  They were not able to make it and had to call in rescue helicopters.

We were never in mountains before, or touched snow. One minute we’re laughing and joking, and then we’re covered in blood and are freezing on this mountain at 11,000 feet with no clear way out. Nando Parrado

Nando Parrado is regularly invited to talk about his experience in the mountains.  He delivers a great message of teamwork, highlighting the importance of camaraderie and relationships as the key to survival.  He is a guarantee for a truly inspiring event, as his genuine and sincere presentations capture and spellbinds his audiences.

Nando Parrado, who lives in Montevideo, Uruguay, has won numerous awards for his sporting achievements, and has crossed the Sahara, a journey of more than 8,500 km. in 28 days.  He has founded two television production companies, built a tennis club and joined the board of directors for two other businesses.

Add to favorites
Do you want to book Nando Parrado as speaker? Go 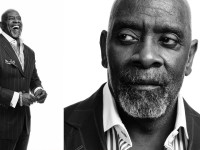 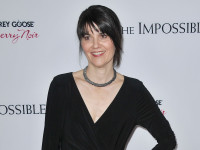 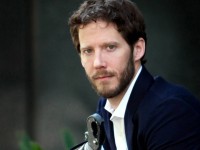