Gunter Pauli is an entrepreneur, author, and founder of the Zero Emissions Research and Initiatives (ZERI) at the UN University in Tokyo and The Global ZERI Network foundation. Its aims are to design and implement practical, affordable and sustainable solutions, for a new economic model of societies and industries of zero emissions, based on natural systems.

Also, Gunter Pauli is recognized for being the creator of the “Blue Economy” concept, a competitive business model that responds to the basic needs of all with what is locally available. A model that allows producers to offer the best at the lowest prices by introducing innovations that generate multiple benefits, not just increased profits.

“The Blue Economy” philosophy was first introduced in 1994 by Prof. Gunter Pauli when asked by the United Nations to reflect on the business models of the future in preparation for COP3 in Japan where the Kyoto Protocol was decided. Now, substantiated by over 180 concrete cases, it is increasingly clear that it is possible to generate more revenue, while generating more jobs and still compete on the global market.

His entrepreneurial activities span business, culture, science, politics and the environment.  He was the founder and Chairman of PPA Holding and of more than 10 other companies, founder and CEO of the European Service Industries Forum (ESIF), Secretary General of the European Business Press Federation (UPEFE), Chairman of Ecover and advisor to the Rector of the UN University in Tokyo.

Gunter Pauli is dedicated to design and implement societies and industries, which respond to people’s needs using what is locally available. His visionary approach supported by dozens of projects on the ground landed him an invitation to present his cases at the World Expo 2000 in Germany. There he constructed the largest bamboo pavilion in modern days presenting 7 breakthrough initiatives. It became the most popular pavilion with 6.4 million visitors.

His latest initiatives include the design of a solution for the plastic soup floating in the oceans and the creation of a protective zone with islands to avert rising sea levels. He is actively involved to ensure that the largest herd of rhinos (2,400 in Kaziranga National Park in India) will be free of poachers thanks to an intensive economic and community development program in coordination with organic tea plantations.

Gunter has published 20 books which have been printed in +30 languages and 365 fables bringing science and emotions to children. Over 17 million copies have been distributed worldwide. One of his fables “The Strongest Tree” is available in over 100 languages.

His latests  books published are ««The Blue Economy 3.0: The marriage of science, innovation and entrepreneurship creates a new business model that transforms society», the new reality that inspired the vision of his Report to the Club of Rome and «From Deep Ecology to Blue Economy: 21 Principles of the New Business Model».

He has been visiting lecturer and professor at universities in on all continents, and Member of the Board of NGOs and private companies in Asia, USA and Latin America. He has advised governments, entrepreneurs and industry leaders on how to implement breakthrough innovations that permits society to better respond to the basic needs of all, starting with water, food, housing, health and energy.

Add to favorites
Do you want to book Gunter Pauli as speaker? Go 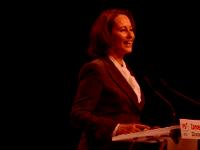 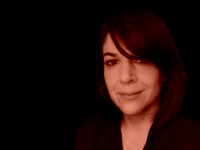 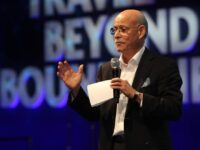 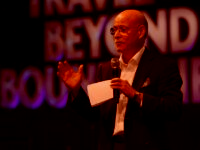 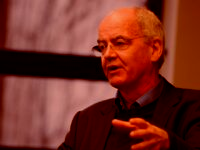