Esteban Walther began his career in 1996 in Spain as a financial auditor for different companies of the Arthur Andersen group and later began working for the TUI Group, one of the most important travel conglomerates in the world.

An innovative and strategic thinker, he has excellent execution capabilities to work in high-growth international environments.

Esteban Walther believes that social and cultural heritage is the ultimate goal of any serious modern company. During his 20+ years learning at the forefront of the technology industry, he has developed expertise around building high-performance teams, strategic planning, and working in fast-paced sales and marketing environments to help scale products to the next level. globally and efficiently.

In April 2011 he was appointed Marketing Director for Google Latin America, although his career in the Internet giant dates back years. Until 2020, Esteban Walther led the strategy and operations for Google Latin America and was responsible for defining the company’s approach for its expansion into new markets. In addition, he launched all of the advertising products and built the right organization and sales processes to be successful in the region.

Likewise, he is a strong advocate that constant growth should only be pursued in inclusive, diverse and socially conscious environments. Working in countries like the US, Germany, UK, Brazil and throughout the Latin American region helped him develop a unique understanding of markets, business cultures and mindsets, but his passion after all is still working in new disruptive sectors that have the potential to further improve people’s lives.

He has a degree in business from the University of Barcelona, ​​has studied at the Rijksuniversiteit de Limburg in Maastricht (The Netherlands) and speaks 6 languages.

Add to favorites
Do you want to book Esteban Walther as speaker? Go 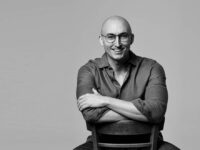 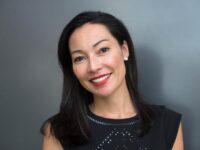