"Connectivity is the most important asset class of the 21st century - but you can only capitalize if you understand the geopolitical, geoeconomic and technological forces shaping the global landscape."

Parag Khanna is a leading global strategy advisor, world traveler, and best-selling author. He is Founder & CEO of Climate Alpha, an AI-powered analytics platform that forecasts asset values to future-proof global real estate, and Founder & Managing Partner of FutureMap, a data and scenario based strategic advisory firm. Parag’s newest book is MOVE: The Forces Uprooting Us (2021), which was preceded by The Future is Asian: Commerce, Conflict & Culture in the 21st Century (2019). His books have been translated into more than twenty languages.

Parag was named one of Esquire’s “75 Most Influential People of the 21st Century,” and featured in WIRED magazine’s “Smart List.”

Parag has been an adviser to the US National Intelligence Council’s Global Trends program. From 2013-2018 he was a Senior Research Fellow in the Centre on Asia and Globalisation at the Lee Kuan Yew School of Public Policy at the National University of Singapore. From 2006-2015, he was a Senior Research Fellow at the New America Foundation. During 2007, he served in Iraq and Afghanistan as a senior geopolitical adviser to United States Special Operations Forces. From 2002-5, he was the Global Governance Fellow at the Brookings Institution; from 2000-2002, he worked at the World Economic Forum in Geneva; and from 1999-2000, he was a Research Associate at the Council on Foreign Relations in New York.

Likewise, Parag Khanna also appears frequently in media around the world such as CNN, BBC, CNBC, Bloomberg, Al Jazeera and other broadcasters. In 2010, he became the first video-blogger for ForeignPolicy.com and from 2010-12, co-authored the Hybrid Reality blog on BigThink. From 2008-9, Parag was the host of “InnerView” on MTV. He was a consultant to the National Geographic series Origins. Khanna spoke at TED in 2016, TED Global 2009, was a guest host of TED Global 2012, and lead speaker at TEDxGateway in 2018.

His TED talks have been viewed more than three million times. The maps customized for Dr. Khanna’s books have been displayed in numerous prestigious international art exhibitions.

In 2016, he served on the Singapore government’s Committee on the Future Economy and currently sits on the UAE Ministry of Economy’s International Advisory Council. He also currently serves as a senior advisor to Gulf Capital, sits on the board of directors of the Out of Eden Walk, and as a member of the advisory boards of GeoQuant, Graticule Asset Management Asia (GAMA), Datarama, and Henley & Partners, and previously on the Innovation Advisory Board of DBS Bank and Globality.

Dr. Khanna holds a PhD in international relations from the London School of Economics, and Bachelors and Masters degrees from the School of Foreign Service at Georgetown University. In 2017, he was awarded a Richard von Weizsaecker fellowship of the Robert Bosch Academy. He has been a Senior Fellow of the Singapore Institute of International Affairs, Visiting Fellow at LSE IDEAS, Senior Fellow at the European Council on Foreign Relations, Distinguished Visitor at the Munk School of Global Affairs at the University of Toronto, Distinguished Visitor at the American Academy in Berlin, Next Generation Fellow of the American Assembly, Visiting Fellow at the Lee Kuan Yew School of Public Policy, Non-Resident Associate of the Institute for the Study of Diplomacy at Georgetown University, and a Visiting Fellow at the Observer Research Foundation in New Delhi.

Parag Khanna has been honored as a Young Global Leader of the World Economic Forum and has served on the WEF’s Global Future Council on Mobility, Global Agenda Council on Geoeconomics, and advisory board of its Future of Urban Development Initiative. He also serves on the board of trustees of the New Cities Foundation, Council of the American Geographical Society, advisory board of Independent Diplomat.

He is a former term member of the Council on Foreign Relations, International Institute for Strategic Studies, and a Fellow of the Royal Geographical Society. In 2002, he was awarded the OECD Future Leaders Prize.

Born in India, Parag grew up in the United Arab Emirates, New York, and Germany. He is an accomplished adventurer who has traveled to nearly 150 countries on all continents. He speaks German, Hindi, French, Spanish and basic Arabic.

Add to favorites
Do you want to book Parag Khanna as speaker? Go

“Hybrid Reality is an enormously important contribution our thinking about how to create a better tomorrow. It studiously ties technology to our deepest political and economic patterns and gives a lucid portrayal of the technologies re-shaping our lives today. The Khanna’s case for a Pax Technologica is a mission we should all share.” - Peter H. Diamandis, Chairman/CEO, X PRIZE and Chairman, Singularity University.

Parag was a highly rated keynote speaker at our recent European conference. During a particularly challenging and volatile time in the markets, his speech focusing on the mega-trends shaping the macro environment offered a thought-provoking and cutting edge perspective for our clients. - Co-Head of Global Distribution, Barclays

Parag's keynote was exactly the macro view we needed to stimulate conversations on the intersection of financial services and emerging digital technologies. Very stimulating for our executives and clients.- SAS

Parag brought a sophisticated and optimistic vision for the future of the world economy to our colleagues. - Goldman Sachs Asset Management 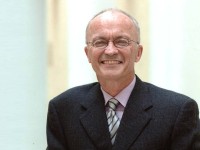