An unflinching advocate for humanitarian causes around the globe, Bernard Kouchner offers his insight into what happens behind the scenes on the world stage.

Bernard Kouchner, French minister of foreign and European Affairs until November 2010, has played an important role in European politics for many decades. Having been a minister in different French administrations for a total of eighteen years, he is an outspoken advocate for humanitarian causes. His experience as foreign minister—and prior to that minister in charge of both health and humanitarian action—enabled him to share his informed insights as to what happens behind the scenes and what he feels can be done for a better future.

A medical doctor by training, Bernard Kouchner is most well known for being the co-founder and former president of Médecins Sans Frontières, the Nobel Peace Prize-winning humanitarian organization, which is made up of voluntary medical personnel who contribute their time and expertise to assist in situations of emergency or inadequate medical care in the developing world. He organized humanitarian operations to Somalia, El Salvador, Lebanon and Vietnam. In addition, he led field operations in Cambodia, Thailand, Uruguay, Peru, Guatemala and Honduras.

The first person to challenge the Red Cross’ stance of neutrality and silence in wars and massacres, Kouchner has played an important role in international humanitarian efforts for more than twenty years. As France’s minister of health and humanitarian affairs, he convinced the U.N. to accept “the right to interfere” resolution and after devastating civil wars in the Balkans, served as special representative to U.N. Secretary General Kofi Annan in Kosovo. Bernard Kouchner continues to promote universal access to medical care and to take part in international efforts in the fight against AIDS.

An influential person in the French political scene, holding a number of ministerial positions in different French administrations totaling more than eighteen years, he served as France’s minister of health and before that as minister of state for humanitarian action and minister of state for social integration. He was also the professor of public health at the Health and Development Department of the Conservatoire National des Arts et Métiers (CNAM).

Bernard Kouchner is the author of several books and co-founder of the news magazines L’Evenement and Actuel. He is the recipient of several human rights awards, including the Dag Hammarskjold Prize and the Prix Europa.

Add to favorites
Do you want to book Bernard Kouchner as speaker? Go 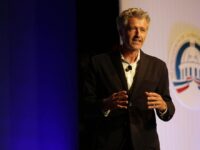 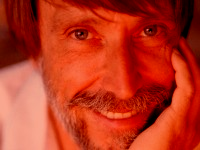