Fons Trompenaars studied Economics at the Free University of Amsterdam and later earned a Ph.D. from Wharton School, University of Pennsylvania, with a dissertation on differences in conceptions of organizational structure in various cultures. He experienced cultural differences firsthand at home, where he grew up speaking both French and Dutch, and then later at work with Shell in nine countries.

Fons joined Shell in 1981 and moved into the Personnel Division for Shell in Rotterdam. From 1985, he worked in job classification and management development at the Shell Research Laboratories in Amsterdam. In 1989 he founded the Centre for International Business Studies, a consulting and training organization for international management. Since 1998 we operate as Trompenaars Hampden-Turner. Fons Trompenaars has worked as a consultant for Shell, BP, ICI, Philips, Heineken, TRW, Mars, Motorola, General Motors, Nike, Cable and Wireless, CSM and Merrill Lynch.

Fons Trompenaars is known all over the world for his work as consultant, trainer, motivational speaker and author of many books on the subject of culture and business. He has spent over 25 years helping Fortune 500 leaders and professionals manage and solve their business and cultural dilemmas to increase global effectiveness and performance, particularly in the areas of globalization, mergers and acquisition, HR and leadership development.

Fons Trompenaars wrote Riding the Waves of Culture, Understanding Cultural Diversity in Business. This book sold over 120,000 copies and was translated into French, German, Dutch, Korean, Danish, Turkish, Chinese, Hungarian and Portuguese. He is co-author of Seven Cultures of Capitalism, Building Cross-Cultural Competence and 21 Leaders for the 21st Century with Charles Hampden-Turner. Recently he published Riding the Whirlwind, a dynamic new take on creativity and innovation. Fons has co-written an article with Peter Woolliams entitled “Lost in Translation” regarding culture and failure, which was published in the April 2011 online issue of the Harvard Business Review.

In 1991 Fons was awarded the International Professional Practice Area Research Award by the American Society for Training and Development (ASTD). He was mentioned as one of the top 5 management consultants, next to Michael Porter, Tom Peters and Edward de Bono in a leading Business magazine in August 1999.

Fons Trompenaars was voted one of the top 20 HR Most Influential International Thinkers 2011 by HR Magazine. He is also ranked in the Thinkers50 to be one of the most influential management thinkers alive in November 2011 and shortlisted as making substantial strides in the contribution to the understanding of globalization and the new frontiers established by the emerging markets.

In 1994 the translation of his book Riding the Waves of Culture was awarded “Book of the Year” by the Order of Experts and Consultants on Organization (OOA), a Dutch management organization.   The third edition has just recently been published stateside and in Europe in 2012.

An informative and insightful speaker, Fons Trompenaars also entertains with his lively and humorous style. He addresses audiences around the world, in English, French, Dutch and German.

Add to favorites
Do you want to book Fons Trompenaars as speaker? Go 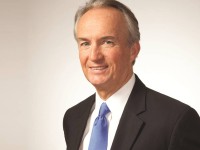