Eric S. Maskin is probably best known for his work on the theory of mechanism design for which he shared the 2007 Nobel Memorial Prize in Economics. He has made contributions to many other areas of economics as well, including the theory of income inequality, the study of intellectual property rights and political economy. Eric Maskin is the Adams University Professor at Harvard. He has made contributions to game theory, contract theory, social choice theory, political economy, and other areas of economics.

Harvard educated Eric S. Maskin was the Louis Berkman Professor of Economics. He is a Fellow of the American Academy of Arts and Sciences, Econometric Society, and the European Economic Association, and a Corresponding Fellow of the British Academy. He was president of the Econometric Society in 2003. He has worked in diverse areas of economic theory, such as game theory, the economics of incentives and contract theory. Eric S.Maskin was a designer of the British Government’s carbon dioxide emissions auction and was asked in the early 1990s to give advice to the Bank of Italy on possible reforms in their system of auctioning treasury bonds. He has also served as editor of The Quarterly Journal of Economics and Economics Letters.

Eric S. Maskin’s work in economic theory has had a deep influence on many areas of economics, political science, and law. A vast literature on implementation, influenced by Maskin’s groundbreaking work, has since evolved. His dedication is extraordinary, lauded for his clarity, teaching skills and ability to make complex maths problems understandable. One thing that really distinguishes him is how precise and careful he is.

A frequent speaker at international symposia, Eric S. Maskin’s presentations show one of the great minds in action, leaving his audiences inspired to tackle even the most difficult of questions.

Add to favorites
Do you want to book Eric S. Maskin as speaker? Go

" The right thing to do is not to try to stop globalization - that would be foolish -because globalization certainly does increase average income in all countries. " 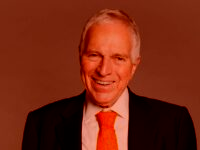