While supervising mine-clearance in Mozambique in 1995, Chris Moon was blown up in a supposedly clear area of the safety lane. He lost his lower right leg and right arm and survived only through sheer determination. Less than a year after leaving hospital, he ran the London Marathon, raising money for charities assisting the disabled, defying all expectations for his own future.

“One Step Beyond” is Chris Moon’s story so far. He has led a life of remarkable experiences, from being one of the few people to survive kidnap by the Khmer Rouge, to running the final stage of the Olympic torch relay to Nagano for the opening of the 18th Winter Olympics in 1998. Chris Moon writes with wit and charm, passion and belief, and his tale is truly one of adventure, romance and inspiration.

Chris Moon is always challenging himself and now runs faster than at any time since he was injured. He is the first amputee to run the world’s toughest ultra marathons, such as the Great Sahara Run. His favourite is the Badwater Death Valley Ultra 135 mile fun run, which he recently completed taking almost 12 hours off his previous time.

In September 2010 the sought-after speaker Chris Moon became one of the few people in the world to run more than a marathon day for 30 days continuously, covering over 1000 miles. Two days before he started this thousand-miler he returned from leading a group to climb Mount Kilimanjaro.

Chris Moon has featured in many newspaper and magazine articles and on radio and television (including the drama documentary “I shouldn’t be Alive” by Discovery). Also, Chris Moon was awarded MBE for services to the HALO Trust clearing anti-personal landmines in 1996 and has Honorary Degrees from the Universities of Exeter, Leicester and Plymouth. He’s been given several awards for leadership in disability including PALM (American Physicians) and the Snowdon Award.

An inspirational speaker usually delivers warm and uplifting messages telling a personal story of overcoming great adversity of which Chris Moon has shed loads of experience. Surviving no win situations like being held prisoner by one of the most brutal guerrilla armies in history, being blown up in a remote minefield in East Africa and surviving against all odds. Then he completed his first marathon less than a year after leaving hospital, the world’s first amputee ultra-marathon runner. As an inspirational speaker Chris Moon shares extreme credible experiences, mindsets and techniques which people can use to improve their performance and go beyond the point at which they feel they can go no further..

Add to favorites
Do you want to book Chris Moon as speaker? Go 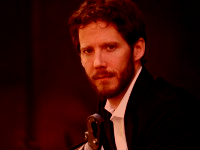