Held as a hostage in the jungle for more than six years, Ingrid Betancourt is a global symbol of freedom and human resistance in the face of the toughest of adversities. Ms. Betancourt now works to draw attention to the plight of hostages and victims of terrorism around the world.

Guerillas belonging to the Revolutionary Armed Forces of Colombia (FARC) kidnapped Ms. Betancourt as she campaigned for the Colombian presidency on February 23, 2002. Ms. Betancourt had been a critic of FARC during her campaign; promising to curb drug trafficking, corruption and FARC’s methods of kidnapping innocent people.

She even met with FARC leaders, imploring them to end this inhumane practice, but in the end she became a victim of their rebel tactics. She was held captive for six years in Colombia’s vast rain forest, a jungle so dense that the ground is completely invisible from the air. On July 2, 2008, she was liberated with 14 other hostages in a daring rescue staged by the Colombian army. She has said often since her release that she does not seek revenge against her captors and favors dialogue and reconciliation to end Colombia’s decades-old guerilla war.

Ms. Betancourt’s memoir, Even Silence has an End is a New York Times and international bestseller.  In this deeply personal and moving book, Ms. Betancourt confronts the horror of her captivity and the lessons learned. She shares her dramatic experiences in an effort to raise international public awareness about human rights injustices.

Ms. Betancourt has received multiple international awards, including the French National Order of the Legion of Honor and was nominated for the Nobel Peace Prize.  She has also received the first Woman of the Year Award 2008 from the World Awards Association for her commitment to democratic values, freedom and tolerance.

Freedom, Peace and the Power to Change

Ingrid Betancourt draws on her extraordinary path to deliver an inspiring and passionate message, speaking in depth about others around the world incarcerated against their will and the task of raising awareness of human rights violations globally. Ms. Betancourt’s key message centers on the power of discourse; “With each word we can reclaim other relationships, other commitments, other solutions… We can offer more dialogue and less imposition by force.”

Add to favorites
Do you want to book Ingrid Betancourt as speaker? Go 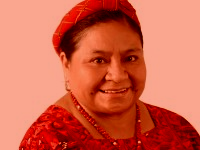