Bertrand Piccard circumnavigated the Earth in a hot-air balloon. Now he wants to circle it in an airplane powered only by solar energy.

Bertrand Piccard is the Initiator and President of The Solar Impulse Project, which aims to fly a solar-powered aircraft non-stop around the world. In July 2010 his experimental solar-powered aircraft landed safely in Switzerland after successfully flying through the night. The feat is a step toward the aim of circling the globe using the power of the Sun to fuel the plane. The aircraft uses super-efficient solar cells and batteries to stay in the air after the Sun’s rays fade.

Born into a dynasty of explorers and scientists, Bertrand Piccard made the first ever non-stop round-the-world balloon fight. An internationally reputed psychiatrist, aeronaut and lecturer, Chairman of the Winds of Hope charitable foundation, and a United Nations goodwill ambassador, he combines science and adventure in order to promote a better quality of life.

Fascinated by the study of human behaviour in extreme situations and a passionate explorer since his childhood, he was one of the pioneers of hang gliding and microlight flying in the 1970s, becoming European hang-glider acrobatics champion in 1985.

As a balloon pilot, he applied his hypnosis techniques during the first transatlantic balloon race, that he won with Belgian Wim Verstraeten. He then initiated the “Breitling Orbiter” non-stop round-the-world balloon flight project, meeting the challenge himself in March 1999, when with Englishman Brian Jones he captained the longest flight in terms of duration and distance in the history of aviation. This success projected him onto the front of the stage as a “savanturier” or scientist-adventurer.

But his concerns extend also to the least fortunate, which is why he started with Brian Jones the humanitarian Winds of Hope Foundation, which he chairs. In collaboration with the WHO, he has committed Winds of Hope in the fight against Noma through direct activities in the field, sensitizing public opinion and bringing together organizations which are fighting this terrible infectious disease. The United Nations has appointed him a goodwill ambassador of its Population Fund (UNFPA).

Developing his humanist perception of adventure, Bertrand Piccard has become a sought-after speaker with the business world. Since 1992 he has made several hundred public and private appearances all over the world. Taking his balloon flights as a metaphor of life, he examines motivation and the spirit of adventure, the psychology of communication and of team-working, and the management of stress and the unknown.

Following the family tradition that combines scientific exploration, protection of the environment and the search for a better quality of life, Bertrand Piccard came up with the idea of flying round the world in a solar aircraft, without fuel or polluting emissions, to promote renewable energies and encourage energy savings. In 2003 he teamed up with André Borschberg to officially launch the Solar Impulse project and start building a revolutionary aircraft. “The adventure of the 21st century consists in using human creativity and the pioneering spirit to develop the quality of life to which present and future generations are entitled.”

A pioneer, explorer and an innovator moving outside the customary certainties and stereotypes, Bertrand Piccard is first and foremost a visionary and a communicator. As chairman of Solar Impulse, he has developed the project’s avant-guard philosophy and traced its symbolic reach and the policy that has convinced the financial partners of this challenge. He shares control of this enterprise with André Borschberg, just as he will share with him, alternately, the controls of the solar aircraft. Bertrand Piccard is a world renowned motivational speaker and innovator.

Add to favorites
Do you want to book Bertrand Piccard as speaker? Go

How far can you go with no fuel? If aeronautical adventurer Bertrand Piccard has any influence, the answer will be: all the way around the world. 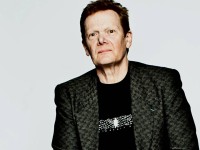