“A Timothy Leary of the Viral Video Age” was how The Atlantic described television personality, filmmaker and philosopher Silva, who has also been described as “part Timothy Leary, part Ray Kurzweil, and part Neo from ‘The Matrix.’”

A self-professed wonderjunkie, Jason Silva is the creator of the web series “Shots of Awe,” micro-documentaries exploring creativity, innovation, technology, futurism, metaphysics, existentialism and the human condition. In short: Philosophy, Science and Art for the YouTube generation. The videos, which “play like movie trailers for ideas,” according to The Atlantic, have spread like wildfire across the internet and have been viewed more than 13 million times. Influencers such as Ron Howard, Richard Branson, Leo Dicaprio, Tribeca Films Co-founder Jane Rosenthal, actor Mark Ruffalo, NASA, and many others have tweeted Jason’s videos.

Jason Silva also created the web series “Future of Us” for AOL, exploring exponential technology and the future of humanity.

The Imaginary Foundation wrote of Jason Silva, “like some kind of Ontological DJ, he recompiles the source code of western philosophy by mixing and mashing it up into a form of recombinant creativity, which elevates understanding from the dry and prosaic, to a sensual cognitive romance.”

Others have described Jason Silva as “a modern performance philosopher, a Digital DJ, a re-vitalizer and remixer of optimism, and above all, a curator: of ideas, of inspiration, and of awe…like a trumpet player or modern-day digital Mingus, he jams, riffs and rhapsodizes through a tumbling thicket of ideas with such a sharp and vital alacrity that it can take the breath away.”

From 2005 to 2011, Venezuela-born Silva was a presenter on Current TV, the Emmy-winning, independent cable network started by former U.S. Vice President Al Gore, where he hosted, wrote and produced more than 100 hours of original content. He left the network to become, according to The Atlantic,“a part-time filmmaker and full-time walking, talking TEDTalk.”

Add to favorites
Do you want to book Jason Silva as speaker? Go

"Jason and the event was fabulous and the feedback from our employees has been very good. Jason was very inspiring," 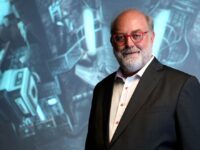