Annabelle Mandeng is one of the most demanded presenters / moderators of all Europe. It is also highly requested for product launch events of major global brands. In addition, she works professionally as a presenter on German television and performs actress and doladora roles, both in films and television series.

During 2019, Annabelle Mandeng moderated the Product and Brand Experiences for BMW from January to February in Lisbon. He has been on stage presenting such important events as the “Golden Bear of Honor”, the “European Shooting Stars” as well as the “La Berlinale” gala where the most outstanding films of the year compete.

At the end of April 2019, Annabelle Mandeng was the host of the gala of the IFA Global Press Conference, this time in Spain. In July, she will host the European Living Legends awards ceremony together with John Travolta.

Annabelle Mandeng has been an inherent part in many of the presentations of major international events and product presentations. On television she is also the moderator of the program “Tanzwelten”, on the German channel 3Sat.

He has also performed some roles in German and international films such as: “Berlin Alexanderplatz”, “Schmidt’s Katze”, “Männerhort” and “Lipstick”, among others. As a dubber he has given voice to Adeola in the television series «Orange is the New Black» and the character Ava in the cult series «Transparent »by Amazon Prime.

In addition, and because of his temporary stays abroad, Annabelle Mandeng can present and moderate events in his mother tongue, German, English and French.

Add to favorites
Do you want to book Annabelle Mandeng as speaker? Go 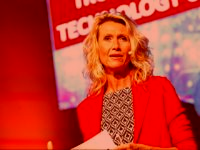 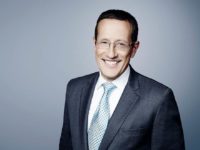