Steven Pinker asks the big questions about human progress—and sets out, in public, to answer them. In 2018’s Enlightenment Now, Pinker argues that, despite the headlines, the world is getting better, not worse. (Bill Gates calls it “my new favorite book of all time.”) In optimistic keynotes, full of sharp wit, common sense, and dazzling argumentation, Pinker makes the case for reason, science, and humanism. These Enlightenment ideals, in the face of tribalism, authoritarianism, and other modern dangers to democracy, are worth celebrating—and protecting.

A provocative speaker, much in demand, Steven Pinker is a cognitive scientist who has been named by TIME as one of the 100 Most Influential People in the World. His keynotes have helped millions demystify the science behind human language, thought, and action. Pinker is a Harvard professor, a TED speaker, and a bestselling author, twice nominated for the Pulitzer Prize.

Highly respected in the scientific community, his work and opinions are extensively covered in the mainstream media, and have won a wide general audience.

In his new talks—based on «Enlightenment Now: The Case for Reason, Science, Humanism, and Progress»—Pinker argues that, despite fear-mongering and political upheaval, the world is getting better: peace, prosperity, knowledge and happiness are on the rise. The New York Times included the book in its year-end list of 100 Notable Books, and NPR and Esquire both named it as one of the best books of 2018.

Enlightenment Now is the follow-up to The Better Angels of Our Nature: Why Violence Had Declined, which was a #1 Amazon bestseller. Keynotes based on that book inspired audiences worldwide with its core message that, if you look at the facts, we are living in the most peaceful human era ever. The talks pointed the way to a better future for humankind.

A native of Montreal, Steven Pinker is Johnstone Professor of Psychology at Harvard University. Previously, he taught at Stanford and at MIT. He is a fellow of the American Academy of Arts and Sciences and the American Association for the Advancement of Science. He has won a number of teaching prizes, and his research on visual cognition and the psychology of language has received numerous awards, including the Troland Award from the National Academy of Sciences.

Add to favorites
Do you want to book Steven Pinker as speaker? Go 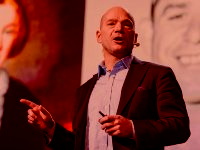 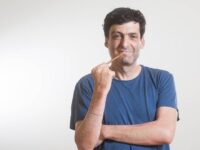