Óscar Arias was President of Costa Rica (1986-1990) and (2006-2010) and Nobel Peace Prize.He was born in 1940. After studying in the United States, he read law and economics at the University of Costa Rica in the capital, San Jose. As a student hÓscarengaged actively in the work of the National Liberation Party. Having completed his degree, he went on to take a doctorate in England, with a thesis on the subject of “Who rules Costa Rica?” He is the author of a number of books and articles on political and historical subjects.

Between 1986 and 1990, Óscar Arias focused on reducing Costa Rica’s foreign debt and he fought for peace in Central American countries, which at that time were threatened by the “guerrillas”. In 1987 he received the Nobel Peace Prize for taking part in peace processes in Central American conflicts, especially against U.S. supporting the Nicaraguan Contra conflict. A year later Oscar Arias was awarded with the Prince of Asturias Award for International Cooperation.

In 1988, Óscar Arias created the “Arias Foundation”, becoming internationally renowned for leading numerous initiatives for human development, democracy and demilitarization. He has travelled around the world spreading his message of peace and applying his experience.

In 1997 Óscar Arias led the campaign for an International Code of Conduct on Arms Transfers, an initiative that became the current draft “Arms Trade Treaty”, which promotes a comprehensive solution to prevent weapons that are still being used to violate human rights. In June 2005, Oscar Arias relaunched his name as a candidate for the presidency of Costa Rica and in 2006 he became again President of his country.

Óscar Arias has a significant international reputation as a lecturer in developing countries as well as a great defender of human rights. Throughout his political and professional career Oscar Arias has travelled around many countries sharing with other leaders and people the Central American Peace Process applied to the debate on international news.

Add to favorites
Do you want to book Oscar Arias as speaker? Go

Don't be afraid of the future, because you are the future 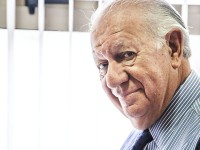 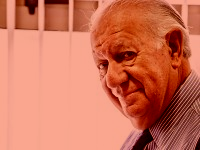