Creator of Wall Street's first-ever global political risk index and the president of Eurasia Group, Ian Bremmer is a sought-after adviser on international risk management who reads the global political and economic landscape.

Ian Bremmer is the founder and president of Eurasia Group, a global political risk research and consulting firm. His company provides financial, corporate and government clients with information and insight on how political developments move markets. Bremmer’s own analysis focuses on global macro political trends and emerging markets, which he defines as “those countries where politics matter at least as much as economics for market outcomes.”

Ian Bremmer provides strategies that help minimize both long- and short-term risk by taking into account both the political and economic factors that affect the global business environment. He created Wall Street’s first-ever global political risk index and has authored several best-selling books including The J Curve: A New Way to Understand Why Nations Rise and Fall (Simon & Schuster, 2006), The Fat Tail: The Power of Political Knowledge for Strategic Investing (Oxford University Press, 2009), The End of the Free Market: Who Wins the War Between States and Corporations? (Portfolio, 2010) and Every Nation for Itself: Winners and Losers in a G-ZERO World (Portfolio, 2012).

In his new book, Superpower: Three Choices for America’s Role in the World (Portfolio, 2015) Ian Bremmer calls for a complete rethink of America’s role in tomorrow’s world. In an increasingly volatile international environment, the question has never been more important. Bremmer explores three choices, each with its own benefits and drawbacks: Independent America, Moneyball America and Indispensable America.

Ian Bremmer is a foreign affairs columnist and editor at large for TIME magazine and a contributor to The Financial Times A-list. He has written hundreds of articles for publications including The Wall Street Journal, The Washington Post, The New York Times, Newsweek, Harvard Business Reviewand Foreign Affairs. He appears regularly on CNBC, Fox News, Bloomberg Television, National Public Radio, the BBC and other networks.

Add to favorites
Do you want to book Ian Bremmer as speaker? Go 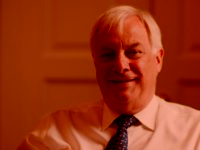