The bestselling author Ankit Fadia is a tech junkie who loves tinkering with computers, gadgets and everything tech.

Ankit Fadia is an independent computer security and digital intelligence consultant with definitive experience in the field of Internet security based at the Silicon Valley in California, USA. He has authored 11 internationally best-selling books on numerous topics related to Computer Security that have been widely appreciated by both professionals and industry leaders the world over.

His books have sold a record 2 million copies across the globe. Fadia is also a widely recognized computer security guru and Cyber terrorism expert.

Ankit Fadia  is however, better known for his significant work in the field of digital intelligence,security consultancy and training. In November 2001, he was consulted by a classified intelligence agency for breaking an encrypted message sent by one of Osama Bin Laden’s men. Since then Ankit Fadia has been involved in numerous classified projects pertaining to International Security and Computer Networks. He handles the Asia Operations of the classified intelligence agency.

Ankit Fadia provides customized cyber security training and consulting solutions to clients all across Asia, Australia, North America and the Middle East also including company´s such as Google, Citibank, Shell, Volvo, Thai Airways and many other organizations in the government, police and corporate sectors. He has also conducted more than a 1,000 different training sessions across 25 countries on various topics related to cyber security to an audience comprising of CEOs, CIOs, top level management, entrepreneurs, technical specialists, defense personnel and students.

Ankit Fadia  has hosted a popular show on MTV India called What the Hack!, where he gave tips, tricks and tweaks to get more out of technology and the Internet and now has his own YouTube channel called Geek On The Loose.

Ankit Fadia has a Bachelors degree in Management Science & Engineering from Stanford University and was chosen as a Global Shaper by the World Economic Forum.

Add to favorites
Do you want to book Ankit Fadia as speaker? Go

I am sure that this technology enabler will benefit aspirants in offering their services and making their mark globally in the highly competitive field of travel and tourism, 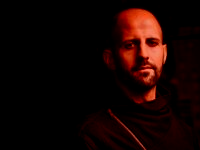