Economic models get it wrong: they ignore the animal spirits

In her recent visit to the Royal Society, Queen Elisabeth asked of economists: why werent they able to detect the impending financial debacle and issue a warning? Her question echoes the publics bewilderment. It has become clear that obsessed with modeling and quantitative analysis, some critical link is yet missing from mainstream economics, for whether they were with banks, funds, research institutions or government agencies, few if any models raised red flags until the financial tsunami had hit the shore.George Akerlof and Robert Shiller give this puzzle a shot in their recent book, Animal Spirits (Princeton University Press, 2009).

They challenge one of the most fundamental axioms of economic theory. Akerlof is chair professor of economics at Berkeley and the 2001 Nobel Prize winner in economics; Shiller is chair of economics at Yale and well-known for his work on the Case-Shiller Index of real estate. In the field, an attack launched by them carries more weight than the Queens confusion. 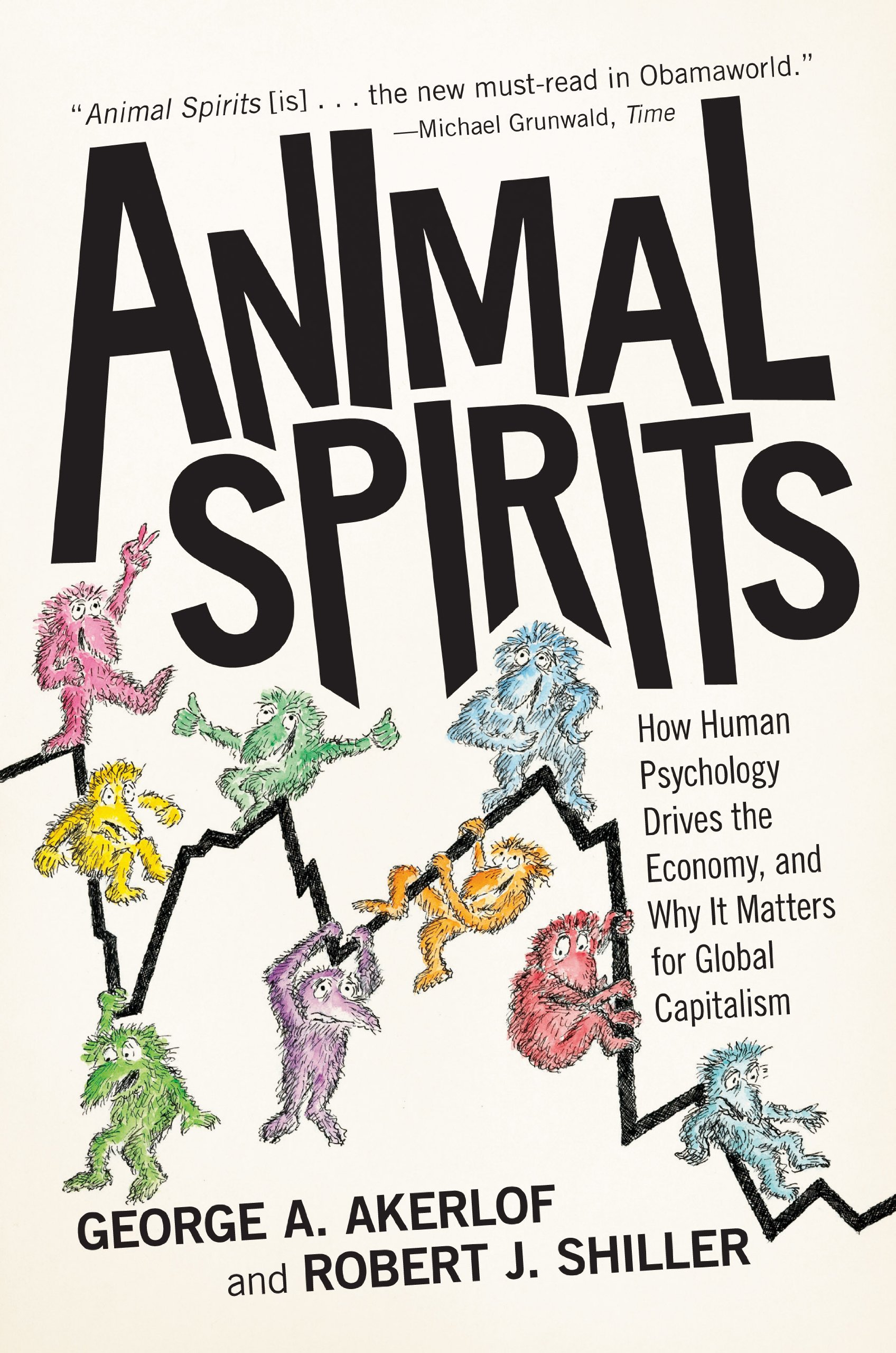 According to an over-arching assumption in the most dominant economic theories of our times, actors in the market are self-interested and rational. They are assumed to be armed with both the ability to know what they really want and the ability to calculate the value of their options for getting it. This assumption of complete rationality leads to a theory of efficient markets. It follows from the efficient markets hypothesis that, as for policy recommendations, the less government interference, the better for economic efficiency.

The authors address this problem directly: they bring human instinct back into the picture. They argue that humans have never been completely rational and will never be.  Animal spirits, a term borrowed from John Maynard Keynes, and the irrational behaviors that seem to originate from them are apparent in everyday life. But the majority of economists dislike even discussing them.
Because they are difficult to be quantified and inconvenient to account for, animal spirits have long been abstracted out of economic models. As a consequence, the authors argue, mainstream economic studies are attempting to do the wrong thing righter – the greater their efforts, the further they are from the truth. The book cites numerous policy cases and anecdotes to illustrate the wide gap between the heuristic actions of real humans in the real world and the perfectly rational, coldly calculated decisions made by homo economicus of the theoretical world of economics.
Wild speculation

Bubbles and wild fluctuations in the stock market, wretched excess and reckless speculation in innovative financial instruments bear witness against the oversimplification of the efficient markets hypothesis. In his epoch-making The General Theory of Employment, Interest and Money, Keynes expressed his concern for the impacts of these animal spirits on long-term investment decisions.
With so much uncertainty, and so little understanding about future events to go on, even prior experience only serves as a limited guide; the investors have to place their trust in instinct, belief, and indeed luck – in other words in animal spirits to make choices and take actions. Over-dominated by greed or fear, people in a community might act very irrationally, as reckless as lemmings jumping into the sea.

Indeed, if our deep-rooted animal spirits are rationally ignored, particularly in the market regulations, disruptive fluctuations overwhelming the economy would repeat. The book discusses the solutions to many problems. However, the authors have less to say on how to predict when animal spirits might strike, and how that damage might actively be prevented.
It seems that we need to search further to answer the Queens question.